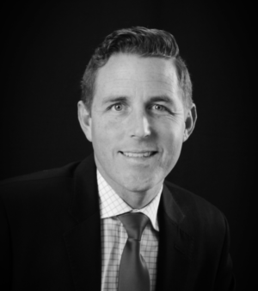 Christopher L. Blakesley (CB) was raised in Baton Rouge, Louisiana as the son of one of the pre-eminent experts in the Nation in both criminal and international criminal law.  His father taught at University of the Pacific, Mcgeorge School of Law, the Louisiana State University, Paul Hebert School of Law, and currently teaches law at the University of Nevada Las Vegas, Boyd School of Law. CB’s mother retired after years of working as an educator, all while raising CB and his two older sisters.  CB prides himself on his family and their ever-positive influence on his life and career.

After high school, CB served a two-year volunteer mission for his Church in Hungary.  While there he learned fluent Hungarian and the value of service to the community in which you live. When he returned home, CB taught Hungarian at a prestigious language training academy and completed his education at Brigham Young University, graduating with honors and a Bachelor of Science in psychology. CB then moved to Las Vegas where he earned his Juris Doctorate from the University of Nevada Las Vegas, Boyd School of Law.

In law school, CB was active as a member of Phi Alpha Delta, and the Saltman Center for Dispute Resolution. Also in law school, CB worked as an extern in the Office of then Senate Majority Leader Senator Harry Reid. After the externship ended, Senator Reid hired CB as an employee to work on important Nevada issues including immigration and veterans’ affairs.

Following law school, CB passed the Nevada Bar and is a member in good standing with the State Bar of Nevada. He is also admitted to practice before all District Courts in the State of Nevada as well as the U.S. Federal District Court.