John C. Courtney, Esq. is an A-V Rated® Attorney, recognized locally by Nevada Business Magazine® (Legal Elite 2014) and Super Lawyers® (Mountain States Rising Star, 2015).  As a Barrister, John recently served as the March 2016 Presentation Chairman for the Howard D. McKibben American Inn of Court.  John has a proven track record of founding successful enterprises in Nevada.  When John was the founding president of the Kappa Alpha Chapter (UNLV) of Kappa Sigma Fraternity, it became the largest fraternity on UNLV’s campus. John was also the founding president of the Weiner Chapter of the Phi Alpha Delta Law Fraternity, International (P.A.D.).  Under John’s leadership, the William S. Boyd School of Law (UNLV) chapter of P.A.D. became the largest private student organization in the history of the law school.

While engaging in countless hours of extracurricular activities, John graduated in the top 1% of his class (summa cum laude) in Departmental Honors Economics with minors in Business Law and Philosophy.  Moreover, he graduated from law school as one of 18 to receive a Dean’s Award.  In law school, John was also a member of the Society of Advocates, Saltman Center for Dispute Resolution, Boyd Negotiation Team, and was the American Bar Association Champion of the Boyd Client Counseling Competition.  Also in law school, John worked as an extern in the Clark County Office of the Public Defender and the Eighth Judicial District Court.

Prior to becoming an attorney, John worked in a variety of non-legal occupations, including work in construction, hospitality and management.  John is also a combat veteran who served in Iraq with the 82nd Airborne Infantry Division.

John C. Courtney was raised as the son of a career enlisted soldier in the United States Army, and a mother who would retire after working decades in an orphanage.  In his early years, he attended many different schools, principally in places such as Washington, Colorado, Texas, Arkansas, and Germany. 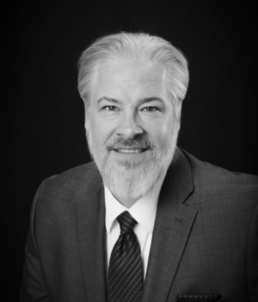